The TTT-System PCA (formerly known as WinPCA) Version 5 was completely rewritten starting with Version 4, with massive improvements and additions. The user experience has hugely improved and will improve in the future. With your help we will offer you the analysis tool we all deserve.

The major improvement of Version 5 is the new Tribo Evaluate view. This view has an integrated version of the table that includes the Fields of Load for better and easier spotting of the relevant measurments (a series of cuts with the exact same parameters).

All cuts and SumCuts are contained in a single project file. Integrated TTT-Tool and TTT-Testbar selection as well as starter templates for all TTT-Standard equipment.

New in 4.1: Now with configurable content. It is possible to include all line graphs from all cuts. Further you can disable some charts if you don’t want them.

Linear regression of the curve: It is the math. slope of the line between start end end point of the current segment (similar to the old dual cursor). The value is the angle in degrees. The lower, the better. 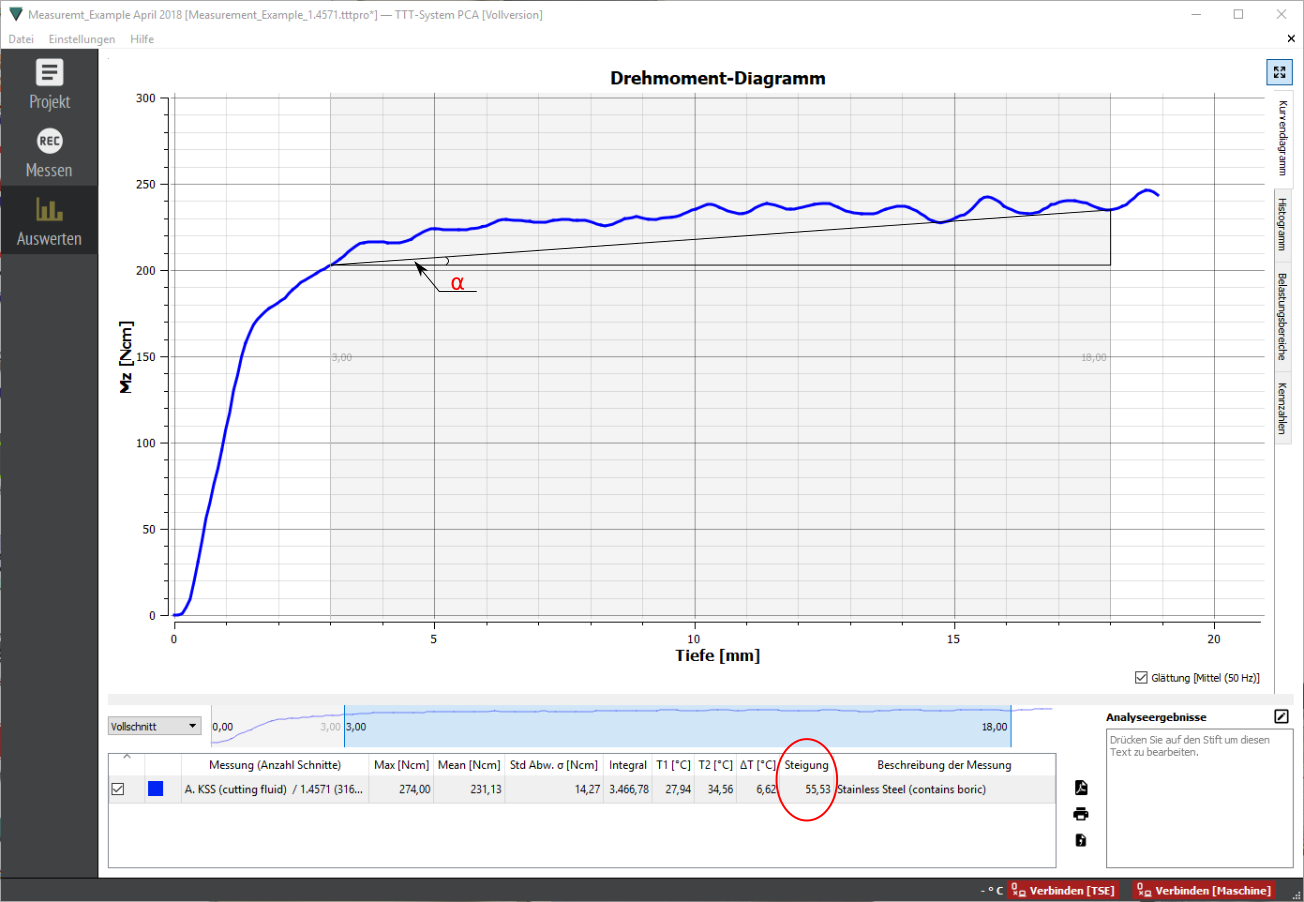 Torque of several fixed points (depth 6 mm, 9 mm etc.) are visually shown for easier comparison. This enables you to quickly see which cut performed better in this section, even if the absolute torque values are close to each other.

Medium A has a lower torque (Mz) at depths B4 and B5 (see illustration above) than at depths B1 to B3, from which it can be deduced that the medium A has better lubricity (performance) at depths B4, B5 and the resulting higher requirements due to friction and temperature. Medium B shows a similar behavior but overall is worse. Medium C shows a contrary behaviour.

It can be assumed that due to the temperature-dependent effect of additives and so-called EP's, the formulator has a tool at his hands which, according to the "exclusion principle", can be used to proof the efficiency and effectiveness.

Analyze the data at any time without the need of loading files manually, the sum of a measurement is build on the fly. 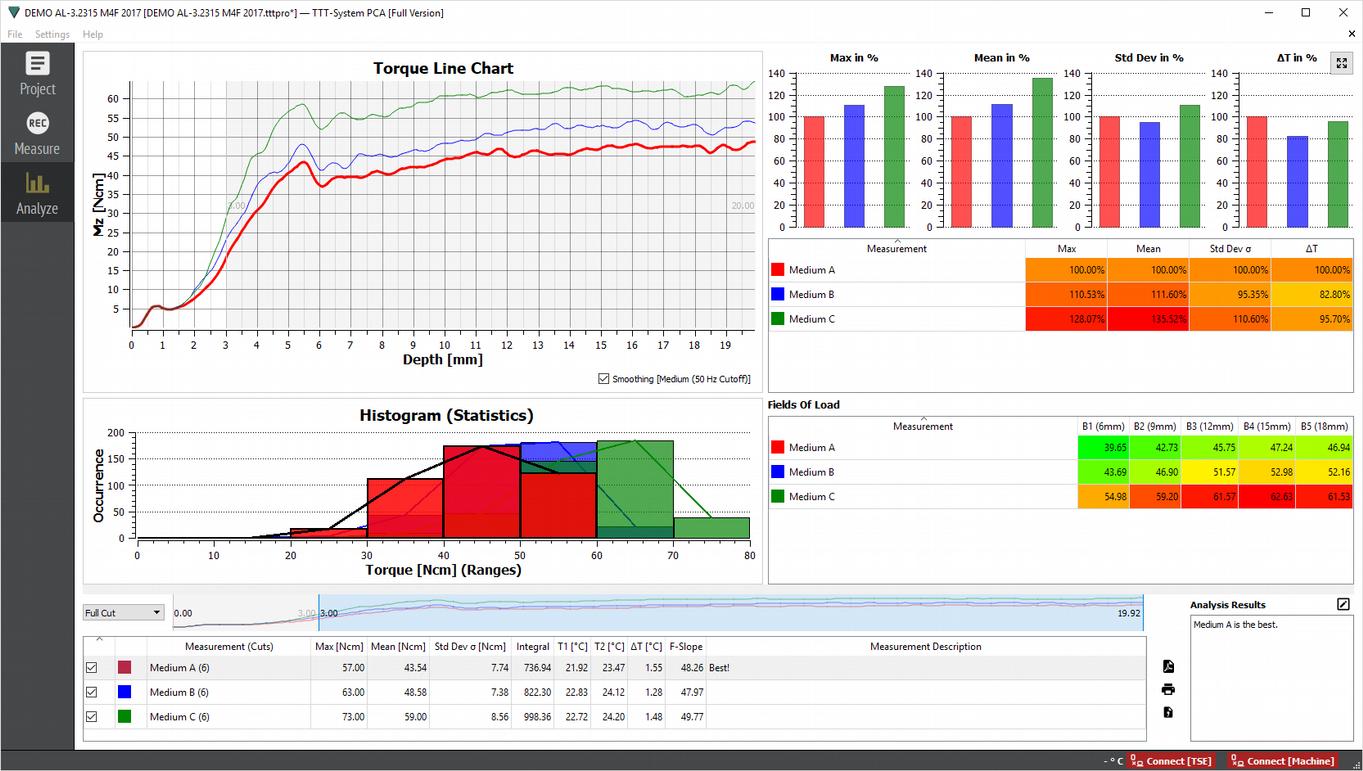 New in 4.1:The SumCut values are not visible in the Measure mode already. The dashed line represents the average over all other curves.

We will gladly answer your questions, please write or call us now.